Brussels to Paris. Let the rivers guide you....

Day 1 : Before leaving Brussels, westwards along waterways, we will first explore the historic center of Brussels: the Royal Palace, the Parliament, the Grande Place and the Gothic Town Hall, la Bourse, the legendary Manneken Pis.

At Oudenaarde we will admire the 14th-century Cloth Hall and the 16th-century Belfry in Brabant’s late-Gothic style and overnight after a 75 km ride.

Day 2 : From Oudenaarde we ride westwards where the Scheldt river joins the canal that will lead us to the  city of Kortrijk,  situated on the Leie river. The once booming center of the flax textile industry has the third nicest gothic City Hall in Belgium.

The ride to Ypres takes us to Tyne Cot, the largest Commonwealth Military Cemetery in the world. After an 85 km ride, we end our day in Ypres at the Menin Gate, a tribute to 55,000 soldiers who died in Flanders Fields between 1914 and 1918 and have no known grave.

Day 3 : The 99 km ride from Ypres to Arras takes us over the sacred grounds of the first World War:  impressive craters at Messines Ridge, the killing fields of Fromelles and original trenches and tunnels at Vimy Ridge. We visit the Canadian visitor center and of course, the Vimy Memorial.

The beautiful Baroque squares of Arras is where we end our longest ride of this tour and spend the night.

Day 4 : The many memorials and military cemeteries on our path are testament to the sad loss of life during the Battle of the Somme. From Péronne we ride over the rolling fields of Picardy to the St-Quentin Canal where in 1918 Australians and Americans fought shoulder to shoulder to breach the Hindenburg Line.

We end our 90 km ride with a walk to the St-Quentin market square and main street with some wonderful art-deco houses.

Day 5 : The picturesque, late medieval, ocher coloured, limestone houses and old chateau tell us that South Picardy didn’t suffer the destruction of the war. We ride along wooded areas to the junction of two rivers : the Oise and the Aisne.

The city of Compiègne has a beautiful palace where the Emperor Napoleon III and Eugénie spent many happy days. We settle for somewhat more modest accommodation and recover from this 90 km ride.

Day 6 : Not long after we exit the woods south of Compiègne, from one of the hills we detect far on the horizon the profile of the City of Lights. On quiet country roads we make our way further south to the canal de l’ourcq.

After 95 km we reached the outskirts of Paris where we overnight.

Day 7 : The towpath along the canal takes us straight to heart of Paris, Place de la République, Bastille, Place des Vosges and the Seine river. A relaxed ride along the Seine is a wonderful way to admire the 19th century Paris: Notre-Dame, Conciergerie, Place de la Concorde, Tuillerie.  From the Eiffel Tower we push up to the Champs Elysées and the Arc the Triomphe; 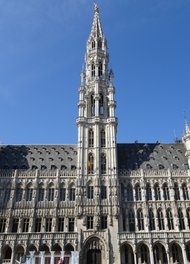 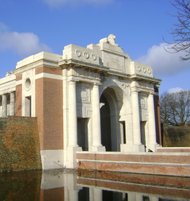 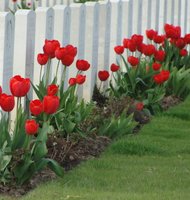